Kanaan confident heading into this weekend at Texas

Tony Kanaan is excited. In fact, the usual jovial Brazilian is even more excited than normal. It’s not just because he’s hopping into an NTT IndyCar Series to race for the first time of the 2021 season, it’s also because he’s back at what he feels like home with a seat at Chip Ganassi Racing.

Kanaan, left CGR at the completion of the 2017 season. He joined AJ Foyt Racing as a result. Kanaan, raced there full time in 2018 and again in 2019 before going to an oval only, part time role last year. While he was slated to retire at seasons end, he felt like with how the pandemic changed the world a season ago, that he felt like he owed his fans one more lap.

When things were looking bleak of that occurring, Jimmie Johnson called Kanaan last fall and said ‘let’s team up.’ Johnson would do all the road/street courses, Kanaan the ovals. The thing was, Johnson didn’t have a seat yet for 2021. It was great in theory, but where would they do this masterful plan at?

Johnson, worked out a deal and Kanaan came along. Two iconic drivers teaming up with an iconic team. For Kanaan though, it was a return to normal too. He’s back where he felt comfortable with a team that he notes is vastly similar to when he left. Scott Dixon is still there. A lot of his team is still there. His locker is even the same.

“It felt like I just came back, came back home,” Kanaan said via a zoom call with reporters on Thursday. “I feel extremely confident. Obviously we have high expectations for this weekend. The team was extremely strong there last year. We have not changed — INDYCAR has not changed the rules much. We’re coming in with a better tire this year, a softer tire this year, a little bit more downforce, trying to get the second groove working.

“If you think about when this opportunity came about, I mean, I’m with one of the best teams in the series, and I’m racing in a few of my strongest racetracks that I had on my record, including the 500. That alone is just — like you’re telling a race car driver he’s getting into a team that is a winning team or back to a winning team that has a lot of potential, it’s — you lose sleep over that. It’s actually — you daydream a lot.” 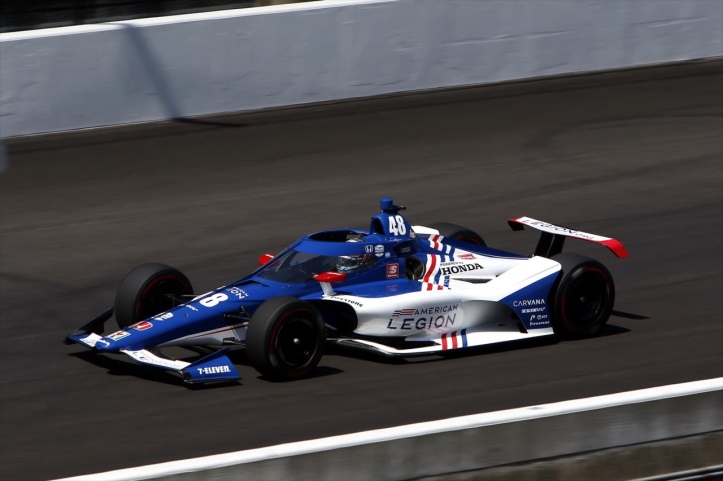 What has changed is the car. 2017 was the final year of the old car and 2018 started the new UAK. That’s altered the racing. While there’s familiar faces with CGR, does it change the way that they communicate this weekend in the sense that they’re technically learning this car for the first time together?

Kanaan has raced it for three years. So has Ganassi. They just haven’t done so together.

“I mean, a lot has changed, but like I said, it’s still an INDYCAR, but when it’s a good setup it’s easy to adapt,” he told me. “It might take me a little bit, but I don’t see a problem. The cars are extremely different, not just from what I was used to but also from the cars that I drove last year.”

Also, it’s not like Kanaan is a stranger to Texas either. Saturday and Sunday will mark his 20th start on the 1.5-mile track. In fact, this is statistically his best track on the schedule. As an example, Kanaan has six top 10 finishes in his last eight starts on the track. The only two times since 2013 that he didn’t score a top 10 was his two full time years with Foyt.

With Ganassi, he finished sixth, second, third and second respectively there. That’s why he’s beaming with glee as we head to the Lonestar State this weekend.

“I’m confident,” Kanaan said via a zoom call with reporters on Thursday. “I think like I spent the time in the sim yesterday. The car felt great. I’m pretty comfortable in Texas. Look at last year. Like I said, we finished in the top 10 there. It’s a track that has been pretty good to me.

“I’m going in mindful that it’s a tough series, and those guys, everybody is going to be fast. But when you have a fast car, your life becomes a lot easier.

“I’m 100 percent confident that I can actually be fighting for a win this weekend.”

The thing is, with an influx of younger drivers in the series, Kanaan has been racing in the series longer than some of them have been alive. Colton Herta won last weekend. He’s only 21. Alex Palou won the season opener. He’s only 24. Kanaan, started racing in this series in 1998.

These new younger drivers are more talented, more aggressive and just flat out younger than they have ever been. Does that change the way Kanaan races them?

“Well, when I was those kids and I was racing Bobby Rahal and Al Unser Jr. that hard, yeah, it changes because you go from, I’m going to go beat those guys, and you go, those kids are crazy, man, what are they doing. They can wait a little bit,” he also told me.

“It’s funny how that goes. I love to see what they do, like you get (Alex) Palou, you get some of — some of those rookies are being so aggressive and so strong, and sometimes they mess up. Look at (Rinus) VeeKay at the Indianapolis test. You’re like, dude, you could have waited a couple laps, but that’s part of the learning curve, and I love their aggression. They’re fast and aggressive.

“Now I got to experience the both sides, being the kid that wanted to — I will never forget my first race in Homestead and I’m racing Al Junior for ninth. One lap — it was Homestead, the old track. He ran high outside of Turn 3 the lap before, so I’m like, okay, I’m setting up for a pass. So next lap I’m like, okay, I’m going to go down low and pass him because he’s running the high line. What happens the next lap? He runs down low, I wash out and I hit the wall. I will never forget after the race he came to me, I’m like, that was a good move. He says, oh, well, you will learn, kid.

“That’s pretty much how I feel. I mean, I think if we get down to a fight in Texas with the young kids, I think they will learn a couple more things about oval racing.”

With that said, Kanaan mentioned that since he’s part time, he has to take care of the car but he also feels like while others have to maybe baby the car more on Saturday, he can be aggressive both days. He has nothing to lose. He’s not going for the championship. Others are. They can’t risk a crash in qualifying on Saturday because the timing to get the car repaired and then to race may not allow for it. Then in the race itself, they have to take care of their car so it’s in one piece for Sunday.

They have to think points because with two points races in as many days then double points at Indy to close the month, a crash on Saturday can really put you way behind.

Kanaan, doesn’t have to worry about that.

“I think my goal is I have four races to win. As far as being aggressive, I’ve always been aggressive,” he said on his mentality is to just be aggressive this weekend. “I think the guys will know if they race when they’re racing me that I don’t have a lot to lose. I’m not saying we’re going to do something silly just because of that to take advantage of that, but I think I will be thinking of that.

“We’ve done that in the past when Ed Carpenter was racing just the ovals, which he’s extremely good. He was running up front there with us. We knew. If it’s five laps to go, three laps to go, you’re going to try and move on me and I’m leading, we might not finish the race, or you’re going to let me go.”

Add all of this up and you can see why Kanaan is so confident that he can at the very least land in the top five for both races this weekend.