Do you believe in miracles? That’s exactly what happened in February’s 63rd annual Daytona 500. Most of the season opening race was anticlimactic. After the “big one” on Lap 13 that collected 16 cars, we saw a lengthy rain delay that totaled 5-hours, 40-minutes and 29-seconds. So, once we got back going shortly after 9 p.m. ET, the drivers decided to take care of their cars.

Why risk a crash when you needed to be there in the end? So, we saw just four cautions post rain delay with two of which being for stage breaks.

That all went out the window though in the end. Michael McDowell was a beneficiary of a huge crash in Turn 3 to earn his first career NASCAR Cup Series victory.

All hell broke loose when Joey Logano and Brad Keselowski made contact with one another while going for the win. Logano, had the lead and Keselowski wanted it. Keselowski, looked to take the top spot but the two tangled and collected several leaders behind in a fiery crash at the top of the banking.

McDowell, skated through and was ahead when the yellow light was displayed to earn his first win in 358 starts.

It was a phenomenal start to the season that was being dubbed, “the best one yet.” It started the season off with an insane finish and an unlikely winner.

Bubba Wallace’s win in the Fall Talladega race was another bright moment for the sport and was right there with McDowell’s victory.

The big teams were still the best teams in NASCAR this past season. Don’t get me wrong by saying that. The Round of 12 featured all three Penske cars, all four Hendrick Cars, all four Gibbs cars and one from Stewart-Haas Racing. They combined to win 9 of the 10 playoff races too. The thing is, it wasn’t easy for any of them to get there either. There were in fact more teams winning in 2021 than in years past.

With a new car coming out in 2022 and a lot of parts freezes, it made the 2021 season one of parity. 36 races were run. 17 different drivers won them. In fact, 10 of the first 11 races had a new winner including the first two winners of the season being first time Cup winners and the third race of the year being a second time winner.

We saw Michael McDowell break a 0-for-357 winless streak in the season opener. Christopher Bell was 0-for-37 before his Daytona road course triumph in race No. 2. William Byron was 1-for-110 before his win in the third race of the season. Bubba Wallace was 0-for-250 before his Talladega victory. AJ Allmendinger was 1-for-374 before his Indy road course win but also gave Kaulig Racing their first Cup Series win in the process.

Last year, the same four teams (JGR/HMS/SHR/Penske) combined to win 34 of the 36 points paying races. They took all four of the Championship 4 spots too.

This year, we had eight different organizations winning, three of which were their first time. We also saw three total first time driver winners and two more scoring their second.

Coming into this season, Chip Ganassi Racing had won three times since 2018. Kurt Busch won for them in Atlanta. Richard Childress Racing had won twice over the last three years too. Spire’s upset win in the 2019 Coke Zero Sugar 400 with Justin Haley is the only other team to have won in the Cup Series since the start of the 2018 season.

Now you get 23XI Racing, Kaulig Racing and Front Row Motorsports to this list.

Other than Martin Truex Jr’s title with FRR in 2017, you have to go all the way back to Kurt Busch’s championship with Roush Fenway Racing in 2004 as the last team not named Gibbs, Stewart-Haas, Penske, or Hendrick to win a Cup championship. That didn’t change this past weekend but very well could next year with a new car creating more parity.

Parity was high in 2021 and it helped this sport.

We saw plenty of on track drama spill over into pit lane or the garages with a lot of spats between big named drivers this past year. From teammates Brad Keselowski and Joey Logano at the end of the Daytona 500 to long time friends Christopher Bell vs. Kyle Larson at Watkins Glen, to Denny Hamlin and Chase Briscoe in Indy, Chase Elliott and Kevin Harvick at Bristol and again in Charlotte a few weeks later and then Alex Bowman vs Hamlin at Martinsville, there was no shortage of drama this past season and what’s good is, drama sells. 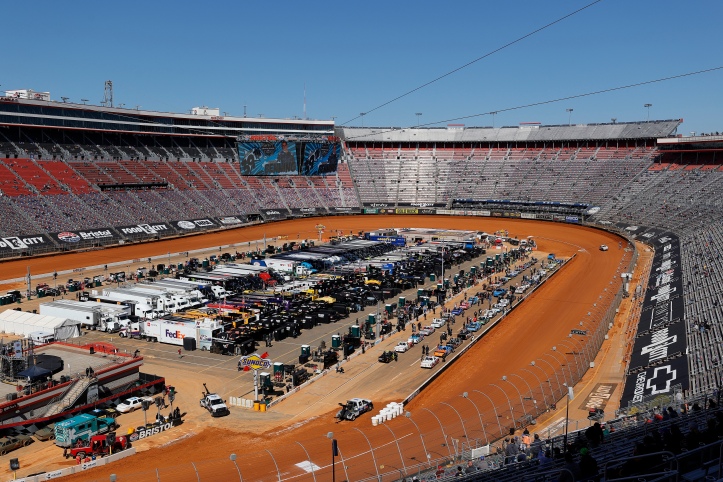 There were five new stops on the 2021 schedule and all of them were memorable races. From the Bristol Dirt which was hampered by rain, to COTA which too was a wet race, to the big crowd at both Nashville and Road America to the Indianapolis road course, the new tracks gave us plenty of memorable moments this past season and ones that helped shake up a stale schedule. 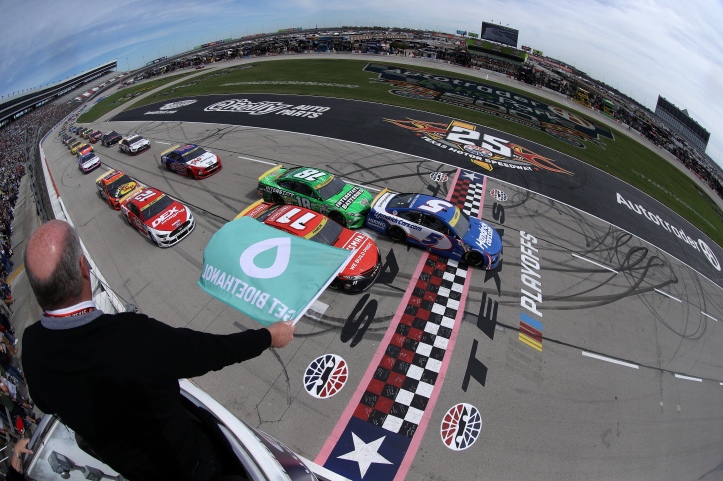 This was a fun battle to witness as the season went on. Kyle Larson came to the Darlington Raceway on Mothers Day weekend 164 points behind Denny Hamlin in the regular season standings. He came into the playoffs as the regular season champion. How?

Well, Larson got hot and Hamlin cooled off and both went in extreme opposite directions which allowed Larson to become the fourth different regular season champion in five years.

Hamlin, kicked off 2021 with eight top five finishes in nine races. He was fifth that day in Darlington. Larson, was runner-up which sparked a hot streak for the Hendrick Motorsports driver that allowed him to close the gap rather quickly.

Larson, would finish in the top two six straight races and seven times in an eight race span including 10 top three finishes over the final 15 races.

Hamlin meanwhile, had five top fives in that same span but none of them were better than fourth.

But, once we got to the playoffs, Hamlin turned it back on again and won the opening race of each of the first two rounds while Larson won the final race of the same two rounds himself.

In the Round of 8, Larson kicked it into high gear as he won 2 of the 3 races to go along with the Championship 4 title.

That’s three wins in the final four weeks en route his first championship. Both he and Hamlin restarted on the front row with 24 to go on the final restart.

It was a battle that lasted all the way to Phoenix and a fun one to witness.

This was as memorable of a postseason as we’ve ever seen. This year’s playoffs was exactly what NASCAR created them to be. From all the drama involving playoff drivers in Darlington to the Chase Elliott and Kevin Harvick feud that started in the final race of the opening round and hit a crescendo in the final race of the next round in Charlotte on the ROVAL to Bubba Wallace’s win at Talladega, to the wild racing at Martinsville, the 10 race fight to the finish was as fun as its ever been. NASCAR has hit a high with this new format which was created in 2017. It’s made every race matter and as a result, the intensity of the final 10 races is much higher than they would have been prior to 2017.