Will we ever see another 4-time Indy 500 champion?

INDIANAPOLIS — Its been 30 years now since we’ve last witnessed a four time winner at the Indianapolis Motor Speedway in regards to the Indianapolis 500. Rick Mears last did it in 1991. That came four years after Al Unser joined the club in 1987. That came a decade after AJ Foyt being the first to accomplish this exclusive feat in 1977.

Since then, no one has been able to do it. Some have been close, but just can’t get it done. Seven drivers have won this race three times but only one of them is active – Helio Castroneves. But, his stats as a one-off have declined. It’s been 11 years since he last won a ‘500 here. Can he win again? He’s moving further and further away from doing so instead of closer. In 2014 and 2017, he was close. 2018, 2019 and 2020 he’s moved further away than ever before. 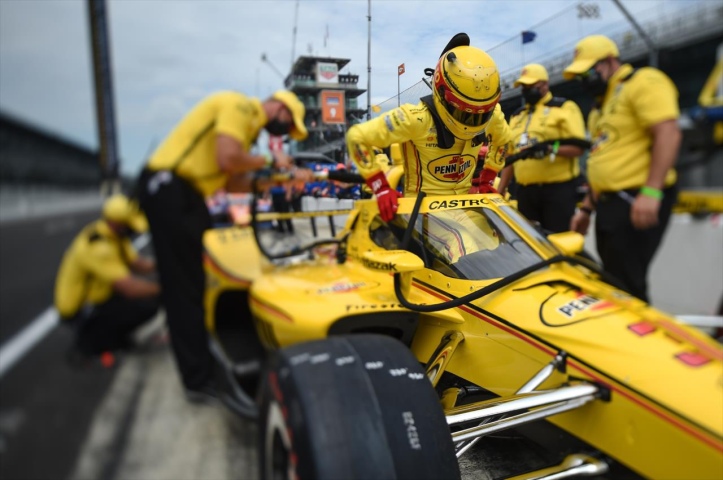 2020 was his last start here with Penske. Now, he moves to Meyer Shank Racing with an alliance with Andretti Autosport. He looks improved this month as he’ll start on the Middle of Row 3, but can he realistically win?

We’ve only see three one off winners since the turn of the century and the competition has only gotten better and better as the years have gone on.

Then you have Takuma Sato and Juan Pablo Montoya. They’re the only other drivers in the field with multiple Indy 500 wins. Heck, only 20 drivers in this world can say that they’ve won this race more than once. Sato, has two wins in four years, but can he realistically win two more soon? He’s already the fifth oldest winner ever at 43. Does he have enough time to get to four wins?

For Castroneves, he’s already 46. Montoya is 45 and in a one off entry too. The oldest to win this race is Al Unser at 47. I feel like if one of these three don’t win on Sunday, then the odds of one of them getting to four is highly unlikely.

No one else left has more than one Indy 500 win in their career. With the field as competitive as it’s arguably ever been and only four drivers having won this race more than once since 1998, what makes you think we’ll get drivers winners at least three times over the next decade? I mean, we’ve only had two repeat winners of this race in the last 66 years, so Sato winning in 2021 doesn’t seem likely.

The four win feat may be one of those stats that as low as it sounds, may be unreachable for quite some time.