Heartbreak for Ty Dillon as Austin Cindric with help from Ryan Preece takes transfer spot into Sunday’s Daytona 500, full breakdown on what happened

DAYTONA BEACH, Fla — From the thrill of victory to the agony of defeat. You could see both on pit lane at the Daytona International Speedway following 60 Laps of racing in the first Duel. That’s because the move of the night came on that last lap in the tri-oval when Logano moved to block Ty Dillon’s momentum which stalled him out and allowed Ryan Preece to move from eighth to fifth and take the first open spot.

How this matters is that Preece was the quickest open qualifier among the eight during Wednesday night’s qualifying. That guaranteed him a spot into the Daytona 500 by virtue of that alone. But, if he still raced his way in during the Duels, then the third fastest open qualifier on Wednesday would then transfer instead on speed.

Eight open cars showed up to Speedweeks this year knowing that half would make the Great American Race and half wouldn’t. Preece and David Ragan were the fastest in qualifying. They’d take two of the four open spots among the non chartered teams. Cindric, was third fastest among those eight still and if Preece raced his way in, then he and Ragan would be the top two open cars in terms of qualifying.

Preece did just that.

It wasn’t like Cindric didn’t have a fast race car though. His No. 33 Ford was up front early and trying to push his way to the lead. He was running second on the high line and hoping to push Christopher Bell past Aric Almirola.

The problem was, he was in the wrong lane. The other Ford’s were all running on the low lane and he was left high and dry as the pack eventually settled down. Cindric in turn fell back which gave way to Dillon to then take over that transfer spot as a result.

Unfortunately for Dillon, he was in the wrong line shortly thereafter as he went from fifth place to the back of the lead pack when the cars moved back up to the top of the banking and Dillon didn’t have any room to join.

That was just before the first and only pit stops of the race. 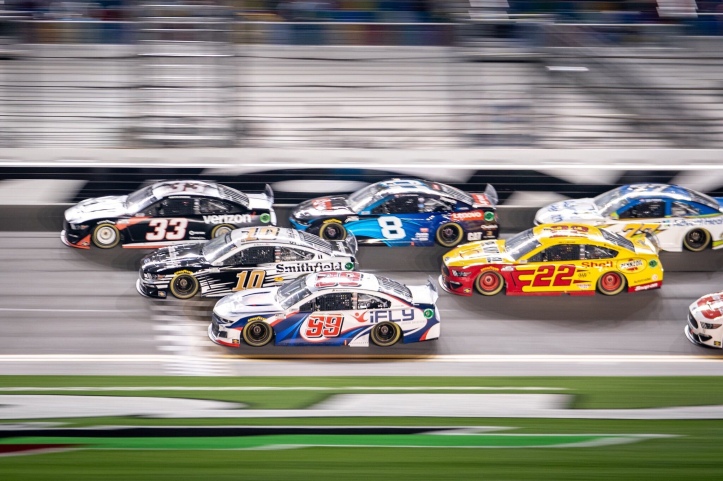 Cindric, opened the door back up when he was caught speeding on hit pit stop too. He was speeding by just .44 mph in the final zone. He’d end up having to come back down pit lane on Lap 35 for a pass through penalty. He’d obviously lose the draft as a result of that and with 15 laps remaining, he’d fall a lap down.

“Yeah, I never felt so small in my life,” said Cindric of that penalty. “I felt like I did all the hard things right, all the things I didn’t know how to do.

“I just launched a little too early leaving the pit road.”

Cindric, was racing a Cup car for the first time of his life. That meant his first opportunity using the digital dash.

“Yeah, that was my first time working with the digital dash,” he said. “You can definitely call it a rookie mistake, but it’s still my job. I’m not going to use that as an excuse.

“I’ve gone over it in great detail, the lights I need to hit. Honestly I think I launched earlier than I should have. It was 4/10ths of a mile an hour, everything else he was conservative on. New element for me, first time for me. There were a lot of first time things that were a lot harder than not speeding. That was the one that got us.”

It was then shaping up now for a battle between Ty Dillon and Timmy Hill for that transfer spot. Cindric knew his only chance was for Preece to beat them all. He immediately went into help Preece mode.

After that pit sequence, Dillon was fifth. He remained up front the rest of the way, but Preece came out of no where, with help from Cindric, and earned that open spot and by doing so, moved Cindric, despite a 16th place finish compared to Dillon’s sixth, back in.

“If I had a radio to him, I would have told him I was buying him modified tires, dinner, whatever he needs,” said Cindric. “I don’t think he really knew the scenario. Even when I talked to him on pit road after the Duel, I don’t think he understood what the scenario was there.

“I guess you can assure there was no bias. I was definitely trying to get linked up. But at that point on the final lap, I knew that I was behind him and had a chance to shove. No matter what was happening in the lanes in front of me, guys, too much stack, whatever, I was pushing. I never lifted. That was what my job was. It obviously worked out for the best.

“Once I got lined up behind the 37, whether he knew it or not I was going to push him as hard as I could. Locked on down the back straightaway. Got him on the line by a couple hundredths. Some days it’s your day, I guess.

“The scenario in which it had to play out was very specific. The 37 got trapped on the top. When the 96 went down to the middle lane in three and four, I shoved for all I could.

“Obviously Ty drove a really great race. I think he outdrove what he was driving, put himself in a great position. It’s unfortunate because he’s definitely a veteran of the series. I think he deserves to be in the race. Like I said, some days it’s your day and some days it isn’t.

“I obviously feel really lucky here in this position, representing Verizon, Ford Performance, Team Penske, the biggest race in our sport. A long race ahead to figure out the rest of the stuff I don’t know. Proud of the effort. Hopefully no more speeding penalties.”

For why Preece raced his way in and didn’t just rely on speed, he wanted the points. This team has no charter and needs all the points that they can get. By awarding points for the Duels, he decided to take them. Why not?

He felt like he fell behind early last year, especially with a hefty points penalty, so with points being on the line, they chose to take them.

He looks like he has a good car for Sunday’s race as the pressure coming into this ended up being all for not.

Cindric is confident now too.

“I don’t say this to sound arrogant, but I wasn’t out to lunch,” he said of his first Cup start. “It gives you a little bit of confidence. These guys are the best. When they come to the Xfinity Series, they run up front, usually doesn’t matter what they’re driving. I know that. It’s a rabbit to chase.

“The fact that I was able to be in the game, granted it’s a superspeedway, the challenges are more mental than they are performance, it’s good. It’s a good starting spot for me. I think speedways are a lot different. I think you need to ask me after my first mile-and-a-half, short track, when I get humbled a little bit. Past that, definitely a good place to start.” 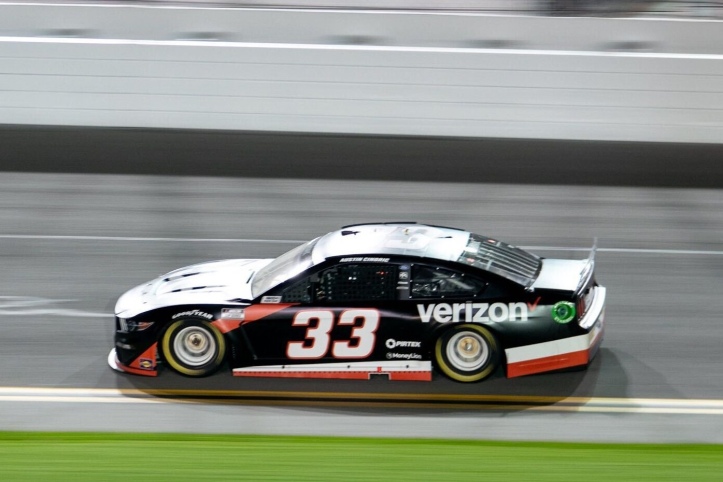 Cindric said he balanced the emotions of what was at stake last night in his head.

“The reality is I’m in a fortunate position to know it’s not going to be my first shot as a Daytona 500. Perhaps that gives me a little bit of comfort knowing it’s not the end of the world, not the end of my career if things don’t work out today. But you’re still competitive. You still want to go after it.

“I was up till 1 a.m. looking at SMT, looking at past races, listening to different spotters. I fell asleep at my computer. But, yeah, nerves went away pretty quick. I’m not one to get nervous, especially if I’ve done the prep work.

Now both he and good friend Chase Briscoe will make their first Cup starts together on Sunday.