Ganassi needed to get younger, needs patience now with Palou/Ericsson

INDIANAPOLIS — Chip Ganassi Racing made a couple of great hires over the last 48 hours. First off, they brought back Marcus Ericsson for a second season with the team and third in the NTT IndyCar Series overall. On Thursday, they signed Alex Palou to move from Dale Coyne Racing to CGR for 2021.

These moves were made with one thing in mind – get younger.

Think about it, Ganassi doesn’t have much of a future right now secured. Yes, they have arguably one of the GOAT’s in Scott Dixon. Yes, Dixon has won six championships over the course of his career and will be back in 2021. But, how much longer realistically does Dixon want to do this?

Dixon is 40 years old. He’s not Ganassi’s future. He’s the now but the now is for how much longer?

They have Jimmie Johnson in a part time role for the next couple of years. Johnson, is 45. 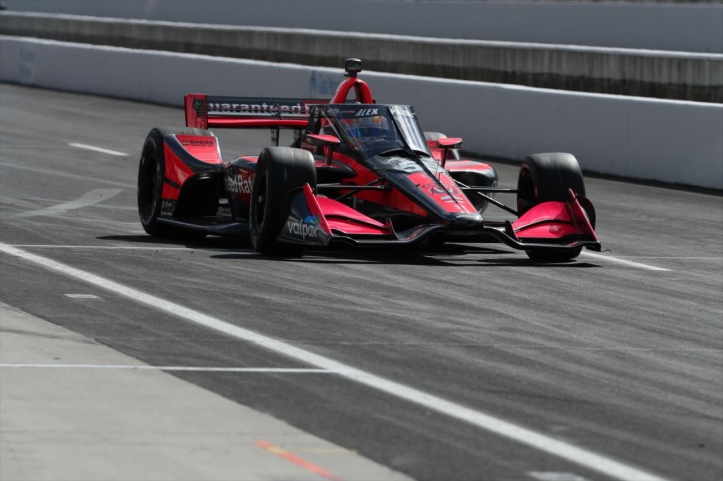 That’s why it’s big to bring back Ericsson and also sign Palou. Think about it, their rivals all have their futures secured.

Andretti Autosport has Alexander Rossi and Colton Herta to build off of. Rossi, is 29 and Herta just 20.

Ganassi, entered this week with Dixon (40) and Johnson (45) in their camp. The thing is though, they have to preach patience now. You can’t expect too much too soon from Ericsson and Palou in 2021.

Ericsson, is a podium contender now, or at least should be. He’s improved each season in INDYCAR, just as he said he would.

Ericsson kept saying, give him a second chance on all of these NTT IndyCar Series tracks and he can show you what he’s made of. The Swedish driver made good on his promise as he went from one top five to three between his rookie year in 2019 to his sophomore year in 2020. He also went from three top 10’s to nine as well.

He also improved in teams as well in going from Schmidt Peterson Motorsports to Chip Ganassi Racing. That’s why Ericsson had so much confidence that if he can return to Ganassi in 2021, then watch out.

Ericsson, has proven that if given another year to learn the tracks even further, he has a ton of potential. He’s not yet hit his ceiling.

“I’m starting to feel really comfortable on these tracks and this series,” he told me during the Harvest Grand Prix race weekend. “I think last year was a very steep learning curve for me. I thought I didn’t really show my potential. I’ve been really happy with that. I think people are noticing as well and are always there putting it in the mix. I’ve been happy with that and hopefully continue this for Year 3 and be with Ganassi again next year. I think that would really be interesting what we could do on another season.”

Year 3 is happening and it will be with Ganassi too.

“I’m very happy to continue my relationship with Chip Ganassi Racing, Honda and HPD into 2021 and beyond,” Ericsson said on Wednesday. “I want to thank Chip and the whole CGR organization for their trust in me. Chip Ganassi Racing is one of the best teams in motorsports and I’m proud to be part of the team. The season we’ve just finished has been full of potential and I feel confident that with what we’ve learned together this year will help us succeed in 2021. I’m looking forward to getting back in the No. 8 Honda.”

Ericsson, is coming off his first year with Chip Ganassi Racing, finishing 12th in the 2020 NTT INDYCAR SERIES standings. Prior to his rookie season in INDYCAR in 2019, the Kumla, Sweden native most recently completed his fifth year in Formula 1 in 2018 with a total of 97 starts. Ericsson is a two-time champion (Formula BMW UK, 2007; Japanese Formula Three, 2009), and has twice claimed the Swedish Junior Racer of the Year award (2007, 2009). Ericsson also previously competed in British Formula Three, GP2 Asia and GP2.

“Marcus proved that he belongs here, and this season he contributed to the success of our team greatly,” said CGR managing director, Mike Hull. “That includes being unselfish to his teammates, especially with Scott Dixon who won the INDYCAR championship. He’s a great foundational piece of our overall program and he fits well within our group. That translates into success on the track, and we’re glad to have him continue to grow and move the team toward into the future.”

Ericsson, started the season with an entry that didn’t exist the year before, and piloted the No. 8 Honda to a season-best fourth-place finish at Road America. His season-best qualifying result came in the first half of the Gateway doubleheader where he started fourth, and overall he scored nine top-10 finishes in the 14 races in his first year with the organization.

He can rise to improvement, but is going to need time. He’s not going to be Scott Dixon overnight.

Same for Palou. He can be really good if given the time. He was fast this year with Dale Coyne Racing and at Indy is to where he got Ganassi’s attention. But, they also can’t treat him to how they treated Ed Jones either.

Jones, had a great season with DCR in 2017. He had five top 10 finishes, one of which was a third place run as a rookie in the Indy 500. That got him to Ganassi as a late hire to replace Tony Kanaan in 2018. Jones, had eight top 10’s in his first and only season with Ganassi. He was thrown aside for Roseqnvist. He never got the time to develop.

Ganassi, can’t do Palou this way. Palou has race winning capabilities, but with how competitive INDYCAR is, I don’t necessarily think that’s going to happen right off the bat in 2021.

Rosenqvist, is a good barometer. He had two runner-up finishes in 2019 and six top fives to go along with 10 top 10’s in his rookie season. This past year, he had one podium (a win in Road America) two top fives and just five top 10’s.

Rosenqvist, was very comfortable on the road/street courses but not on ovals. Palou, was remarkably quick out of the gates on ovals and looks to be more of a well rounded driver than Rosenqvist was.

But, patience is going to be a virtue for Ganassi. These drivers aren’t Scott Dixon. No one is. Dixon is a generational talent and if Ganassi wants to have someone to take over where Dixon left off, they need to let young drivers groom to that.

Palou and Ericsson have the capability to be Dixon and Franchitti or Vasser and Zanardi or Montoya. They just need time to get there where those drivers came on instantly.

Where Ganassi has slipped was, they expanded to that four car team nine years ago. That didn’t work like they had hoped. Dixon remained consistent but it took away from the 10 car. Franchitti’s stats started slipping then he was severely injured in a 2013 crash which forced him to retire. Tony Kanaan stepped in for 2014 and he struggled. Kanaan, had one win in four seasons as Dixon’s teammate. In 2018, Ed Jones was hired as Kanaan’s replacement. Jones, in just one season in that car, had just two top five finishes and only eight top 10’s.

Now, it’s Palou’s turn. He’s the fourth different driver in the last five years in the 10. Ericsson is back in the 8 for the second straight year. They need continuity.

Rosenqvist back in June was the first CGR driver not named Scott Dixon that had won an Indy Car race since the 2014 season finale. Dixon needed some help. Can the help now perform? They need time in order to do so. Not just one season.