ST. PETERSBURG, Fla — The day is here. The season finale for the 2020 NTT IndyCar Series will take place on Sunday for the Firestone Grand Prix of St. Pete (2:30 p.m. ET, NBC, INDYCAR Radio Network). There are a ton of storylines surrounding the 14th and final race of the year, the most notable being the championship battle between Scott Dixon and Josef Newgarden. 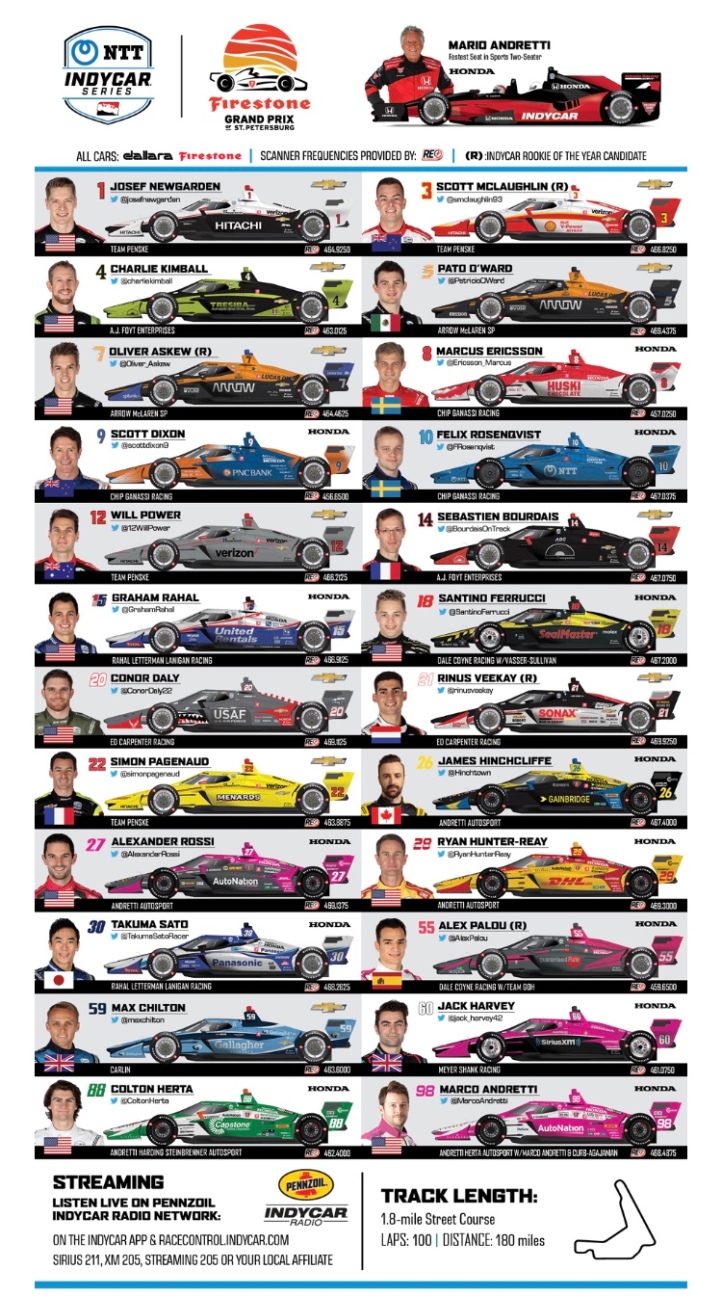 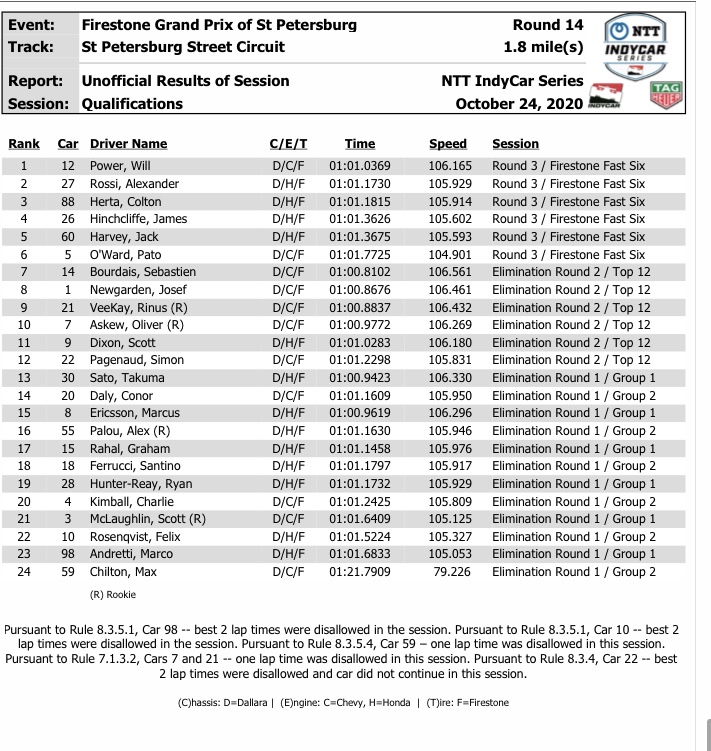 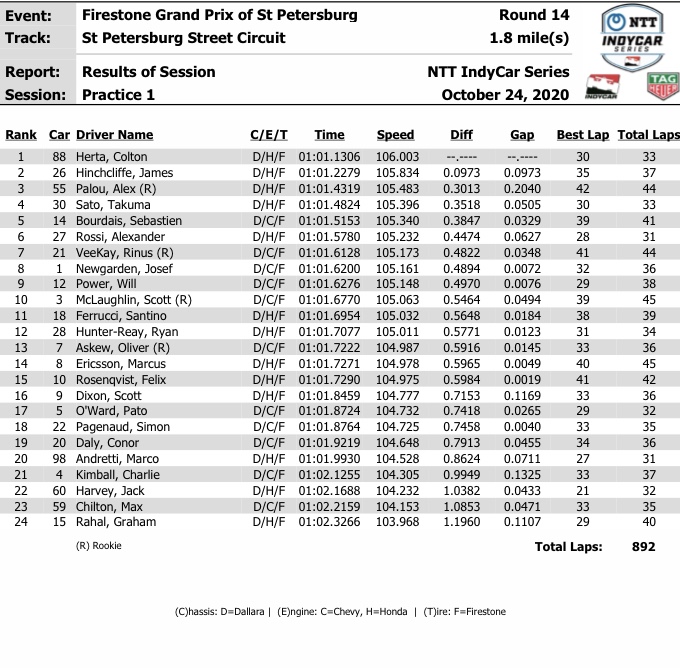 How To Tune In

Dixon, leads Newgarden by 32 points entering Sunday’s race around the 1.968-mile Florida street course but he’s also lost 85 points to him over the last five races too. Furthermore, Newgarden is the defending race winner of this race while Dixon is 0-for-15 in his career at St. Pete.

So far this weekend, it doesn’t appear that either of them will win on Sunday though. Will Power said that he’d allow Newgarden by to help him win a championship, but he has to get him Power first.

Newgarden, was eighth fastest in practice on Saturday morning and only qualified his No. 1 Chevrolet eighth for Sunday’s race.

The Tennessee native said that they took a big swing at it for the second round of qualifying but he just never got a clean enough lap to put it in the Fast Six. If he would have found some clean areas on the track, then he feels like he had Fast Six pace. 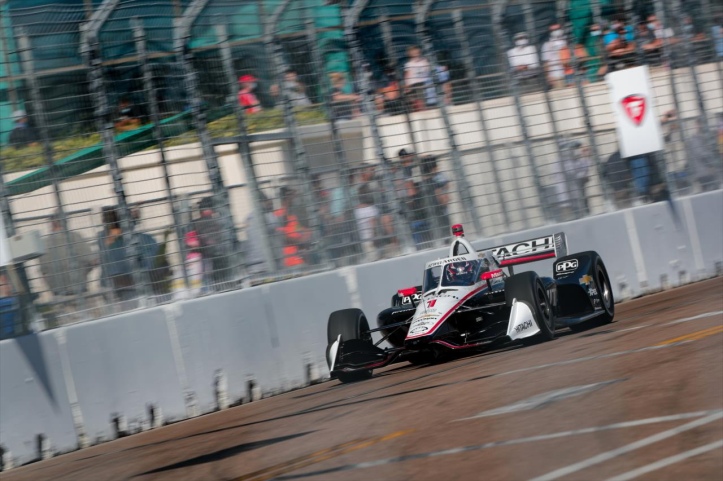 Still, Newgarden starts in Row 4 in a race he likely needs to win. He qualified ninth at Mid-Ohio 2 and only finished eighth. He also qualified ninth in the second race of the Harvest Grand Prix race weekend and came up to finish fourth. That won’t be good enough on Sunday.

Newgarden, couldn’t capitalize on Dixon’s struggles again and it could hurt him. All Dixon needs to do on Sunday is finish 11th or better and a sixth championship is his.

Dixon, starts 11th as well as this was the fourth time in the last five races that he’s failed to qualify his No. 9 Honda in the top 10. He was in the top 10 in seven of the previous nine races and had eight top fives and six top two’s in those races. Over the last four, his best finish is eighth.

Newgarden, also has three top three starting spots in that time frame and has three top two’s in that span as well. With four finishes inside the top four in the last five races compared to Dixon only being better than eighth just once, that’s why the advantage has been cut as far as it has.

Nine of the past 11 winners at St. Pete have started in the Fast Six.

This pretty much eliminates Newgarden from winning too.

So, who will win?

I think you’ve got a great shot of seeing Will Power, Alexander Rossi or Colton Herta doing so. They finished 1-2-3 in the last race run on the season and have combined to win three of the last four overall on the year. They’re the hottest drivers on the circuit right now.

Power, will start from the pole for his fourth pole in the last seven races this year. It’s also his sixth straight year that he’s started on the front row in St. Pete and 10 of the last 11 overall here. He’s had nine St. Pete poles.

Three of the last four races run this year have been won from the pole.

But, St. Pete trends say Power may not win though. In his previous eight poles, he’s not won at St. Pete. In fact, only one driver in the races’ history has won from the pole (2007).

That doesn’t bode well for Power.

But, it does for Rossi. He starts second and enters Sunday’s race with four consecutive podiums on the season. The last five races run this year have been won from a front row starter too including eight straight from a top three starting spot.

That’s why I factor Herta into this. He’s had five top six finishes in his last six starts on the season.

You’ll also have to watch the tire strategy too. Firestone brought the same primary and alternate tire from 2019 but developed a new compound for each for more grip too. The reds were obviously quicker in 2019 but they fell off so much faster too. The blacks were preferred because you could run stints longer and be so much faster over the second half of it than the drivers on alternate tires.

So, tire strategy plays will be big to watch in the 100 lap race.