Pagenaud taking different approach this weekend forward and focusing on 2021 championship now, the reasoning why here

INDIANAPOLIS — As job security in racing these days is almost to an all-time low, one advantage of knowing that you have a ride to remain in place for the following season is that you can start early in terms of next year’s car.

While the first two goals for any driver in the NTT IndyCar Series is to win a championship and the Indianapolis 500, the other is to just win as many races as possible. For one driver, while they’re still going to go from three wins to close out the season in as many races, Simon Pagenaud and his team also have one eye for the future too.

Pagenaud knows that he will be back in the No. 22 Chevrolet for Team Penske in 2021. So, with him being eighth in the standings with three races remaining in this season, why not turn your focus to 2021 now too? 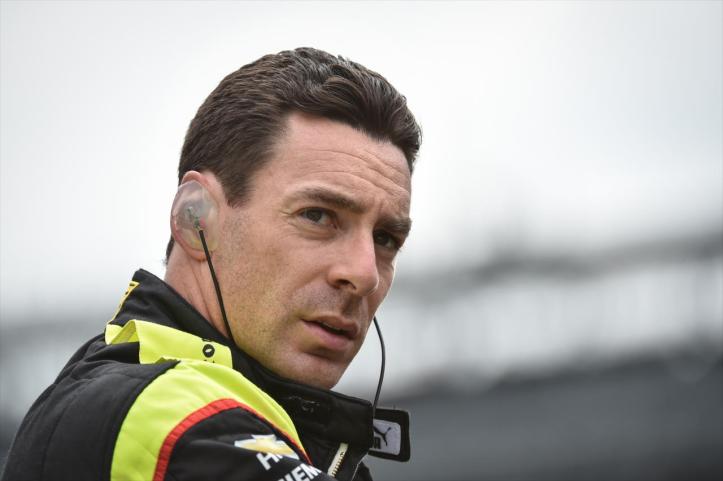 “Yeah, I mean, for me it’s a bit of a different approach I guess,” Pagenaud said of the doubleheader on the Indianapolis Motor Speedway road course this weekend. “Obviously if we manage to get the car where we wanted it to be, go for the win, execute. Obviously if we execute as a team, we should be in contention to win the race. One goes after the other.

“But to me and to my engineer and my 22 team, the goal is thinking about championship next year already. Considering the lack of testing, really want to understand what we need for next year. We’ll take some risk on setup choices and hope that it works. If it doesn’t, then we revert back and try to do the best we can. That’s really our goal at this point, think about 2021 as well.

“I think we’re going to do some aggressive setup change that we think should go in the right direction. Obviously it’s not just like throw a dart and try it. It’s something that we think might be interesting for the future. We’ll try it. We’ll see. If it’s in the right direction, we stick with it. If not, we revert back, basically extract the best out of the weekend.”

The reason for this mindset is simple, no one really has a grasp on this year’s car still. So many changes occurred with the Aeroscreen, that with so few practice sessions available and no testing allowed, no one has a full 100-percent understanding on how to make your car better.

“I mean, it’s just a different format this year,” said the 2016 season champion. “Again, like I just said, are we completely used to it in terms of setups? No, personally on our car I think we still have a long way to go on setup to be very happy with how the car handle. So we’re not there yet.

“Some of that is due to lack of time. Even less practices at the racetrack doesn’t allow you to make much changes. You just show up. If you unload quick, then you stay there all weekend. If you are not too quick, you can’t make big changes because you don’t want to get lost. That’s really what happened this year for everybody, I imagine.”

That’s all made this season so difficult to maneuver through. It’s as most of the drivers have told me this week, one of the most difficult championships to win. It’s hard to prepare under all this uncertainty. With there no way of knowing if full race weekend’s will be back in 2021 or what the testing regulations will look like, why not start the preparation early?

“Yeah, I found it just challenging in the ways you didn’t know really, like Mid-Ohio, what was going to happen when it got canceled,” Pagenaud said on if this was one of the most challenging seasons of his career in terms of competition under all the uncertainty.

“For any athletes, I think you prepare yourself mentally, even though it’s just subconscious sometimes. You prepare physically and mentally for an event. When the event gets canceled, it’s on to the next one. All of a sudden you have to reshuffle your ideas.

“All that has been really kind of shaky this year. ‘Adjustments’ has been the king word of the year, I would say. Challenging for sure. Different, absolutely. Yeah, just have to deal with it, I guess.”

So, if Pagenaud isn’t necessarily on top of the speed charts this weekend, don’t fret. This could help him win a second career championship in 2021 with the data that they’re working on.