INDIANAPOLIS — We all wondered if Andretti Autosport’s practice pace this week at the Indianapolis Motor Speedway was a bit of smoke and mirrors. They were putting up big laps, but how much of that would translate over to qualifications from the World’s Greatest Race Course this weekend?

Team Penske and Ed Carpenter Racing looked fantastic in traffic and admitted that they ignored qualifying setups all week until the boost got turned up on Friday. With next Sunday’s 104th Running of the Indianapolis 500 (1 p.m. ET, NBC, INDYCAR Radio Network) likely being a race that from what the drivers are saying favoring track position, you better have a good “race” car.

Chevrolet elected for race pace with the Honda teams going for qualifying dominance. See, that track position word is key and why not take it early? If it’s going to be tough to pass, why not just start up front and force the Chevy’s to pass them in difficult conditions is what Honda’s thinking was.

So, Honda sprinkled in some qualifying work on Wednesday and Thursday. That’s why they looked dominant on the speed charts. Still, they in the back of their minds wondered if the Chevy’s were holding something back. What happens when the boost goes up?

Despite that, they were still wondering if Chevy had something up their sleeves. Honda, elected to go all in and didn’t even practice this morning. Chevy had a few guys try and work on their cars this morning in a few practice laps.

Still, qualifying is what mattered and Andretti laid down a gauntlet on everyone. Even with the qualifying draw supposing to play a big factor, and it did too, Andretti showed that it didn’t matter if they qualified early or in the heat of the day, they had the pace and let it show.

With spots 10-33 locked into their starting positions at the end of the day, it was all about making the Fast Nine. Andretti took over half of those spots and went 1-2-3-4 led by Marco Andretti’s four lap average of 231.531 mph in his No. 98 Honda.

Andretti, has been in the top of the speed charts all week. He was second on opening day, third on Day 2, quickest on Fast Friday and now quickest on Saturday.

We all wondered if his 28th spot in the qualifying line would haunt him. It didn’t.

Hunter-Reay and Rossi went out 14th and 12th respectively, so they had good early draws. So did Rahal/Letterman/Lanigan’s Graham Rahal and Takuma Sato. They went out 1-2 and that was a major reason as to why they held onto the final two spots in the Fast Nine when the heavy hitters went out again at multiple more attempts.

In between was James Hinchcliffe (231.195 mph) and some surprises as two rookie drivers with no Indy experience made it through too. Rinus VeeKay surprised us all early when we all thought Chevy didn’t have anything. The teenager turned in a four lap average of 231.114 mph in his No. 21 Chevrolet as this car makes the Fast Nine for the fourth straight year.

Alex Palou in a Coyne car went out 23rd and still eclipsed the 231 mph barrier on his run (231.034 mph) and will compete for the pole on Sunday.

Five-time series champion Scott Dixon was cool, calm and collective again and will also go for his fourth career pole in the ‘500 on Sunday.

It’s hard to believe that despite having five Indy 500 victories, tied with Lou Moore and Chip Ganassi for second ever, that they have just one ‘500 pole. That came 15 years ago with Tony Kanaan (2005). Now, they have a great shot of their second.

Heading into the Fast Nine Shootout on Sunday, Andretti has four of the nine cars going for the pole for next Sunday’s 104th Running of the Indianapolis 500. They were the quickest on Saturday too with going 1-2-3-4.

With them being able to lay down fast laps no matter what time of day, especially in the heat of the day, I think this is Andretti’s pole to lose still. 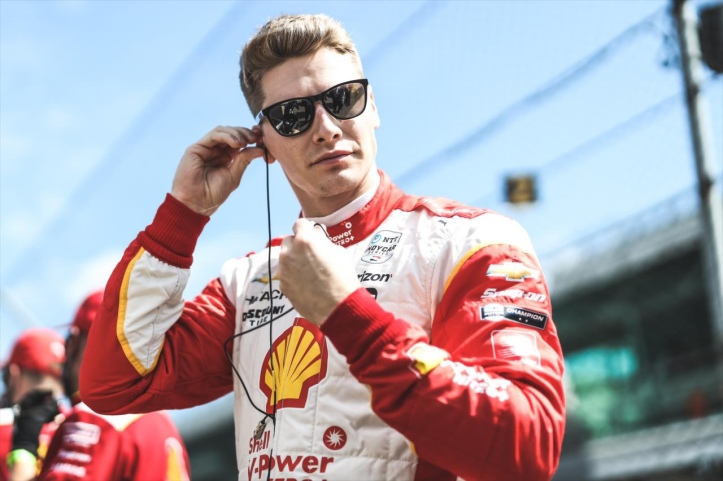 The last few years, Team Penske has dominated qualifying at Indy. Will Power entered this year with 11 straight top nine qualifying efforts at Indy. He’s yet to start outside of the top nine on the season.

Simon Pagenaud had two straight top two starting spots while Josef Newgarden has started in Fast 9 the last two years too. Helio Castroneves hasn’t had the greatest of qualifying efforts lately, but no one in the field has as many poles as he does.

While the qualifying pace wasn’t there, they do think that they have race pace to contend next Sunday. 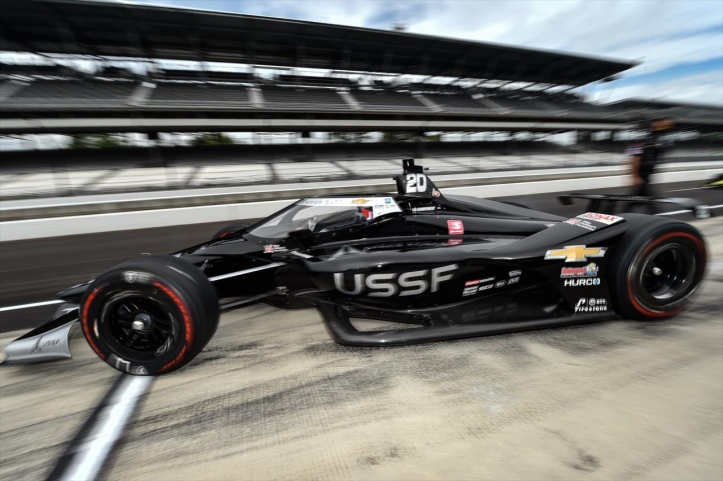 That’s why they’re out and the rookie is in.

He went 231.053 mph on his first lap on his first run then fell to 230.210 mph on his second lap. His third lap he got loose in Turn 3 and was just holding on from there. On his second attempt, he kind of did the same as Carpenter did without the big 231 mph first lap.

That was their days. But, they all say that their “race” cars are good, so look for them to move up next Sunday.

Draw Was Important for RLL

Initially we thought that the qualifying draw could shake up the Fast Nine. The Andretti cars looked the best all week and only one of them would roll off the qualifying line inside of the top 10. James Hinchcliffe and Marco Andretti have had great pace all week but they’d qualify 20th and 28th respectively.

Still, it didn’t matter. Andretti, was the quickest on the day and Hinchcliffe fourth. Andretti went 1-2-3-4 when it was all said an done. I just don’t think that it mattered where any of the Andretti cars qualified, they were just that good.

Same for the Penske’s or Ed Carpenter Racing. They just didn’t have it on Saturday. It didn’t matter where they qualified, they weren’t going to be competitive.

Graham Rahal and Takuma Sato were the first two qualifiers of the day. Those speeds of 230.822 mph and 230.792 mph held up. Herta, tried to get in three times, but narrowly missed out on the second time in going 230.560 mph on his first attempt and 230.775 mph on attempt 2. Sato, in the heat of the day, couldn’t improve upon his time when he tried, so the cooler early morning track conditions helped get Sato in and kept Herta and everyone else out.

Honda and Chevy Have Varying Strategies On Qualifying Runs

You may have noticed that the Honda’s looked like they were crawling on the out lap which led to a slower warm up lap around the Indianapolis Motor Speedway. The Chevrolet’s had the opposite game plan. They were flat out early.

It paid off for Honda.

The strategy was, Honda didn’t want to scrub off speed from their tires by going hard early. They knew that their first laps were going to be their hot laps and the speed would fall off over the course of their four laps. In order to minimize that, why run hard on the warmup lap? Save the lap for the fourth lap.

For the Chevy cars, they didn’t have too much of a fall off, other than the ECR cars, over the course of their four laps. They needed to go hard early and put up a big lap on Lap 1 with warmer tires. Their problem was, their big lap was barely over 230 with the Honda’s over 231.

That was the difference in the varying strategies. 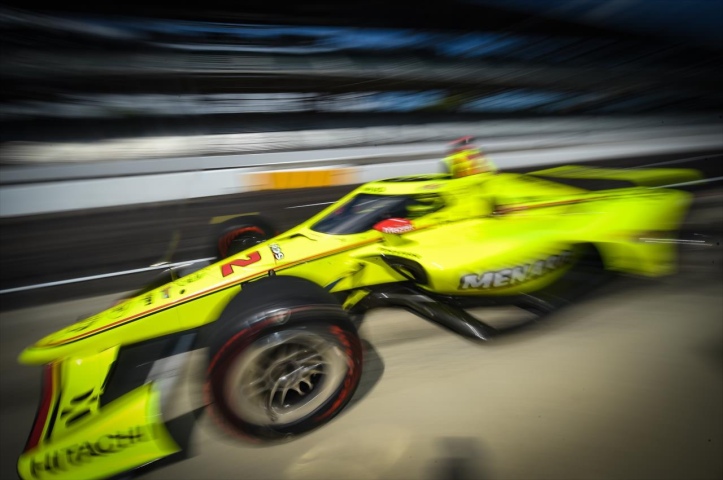 Chevrolet came back to IndyCar as an engine manufacturer in 2012. In the last eight years, they’ve won seven Indy 500 poles including a front row lockout in each of the last two years. But, they put only one car in the Fast Nine for Sunday and that car is driven by a rookie. I don’t expect a Chevy to win the pole this year.

Tony Kanaan told us earlier this week that they weren’t going to focus on qualifying trim this year. They didn’t think that they had enough pace to get into the Fast Nine, so why bother or risk crashing trying. So, they went conservative with their qualifying setups just to get their four laps in and focus on the race. That’s why he’s starting where he is.

Plenty Of Indy 500 Winners Coming From The Back

We have seven past Indy 500 champions in the field this year. What’s wild is, four of the seven will be coming from midpack on back next Sunday. Will Power, Tony Kanaan, Simon Pagenaud and Helio Castroneves will start 22nd on back in the 33 car field. That should make next Sunday’s race really interesting.

Plus, from Row 8 through Row 10, you get Power, Kanaan, Pagenaud, Fernando Alonso and Castroneves. 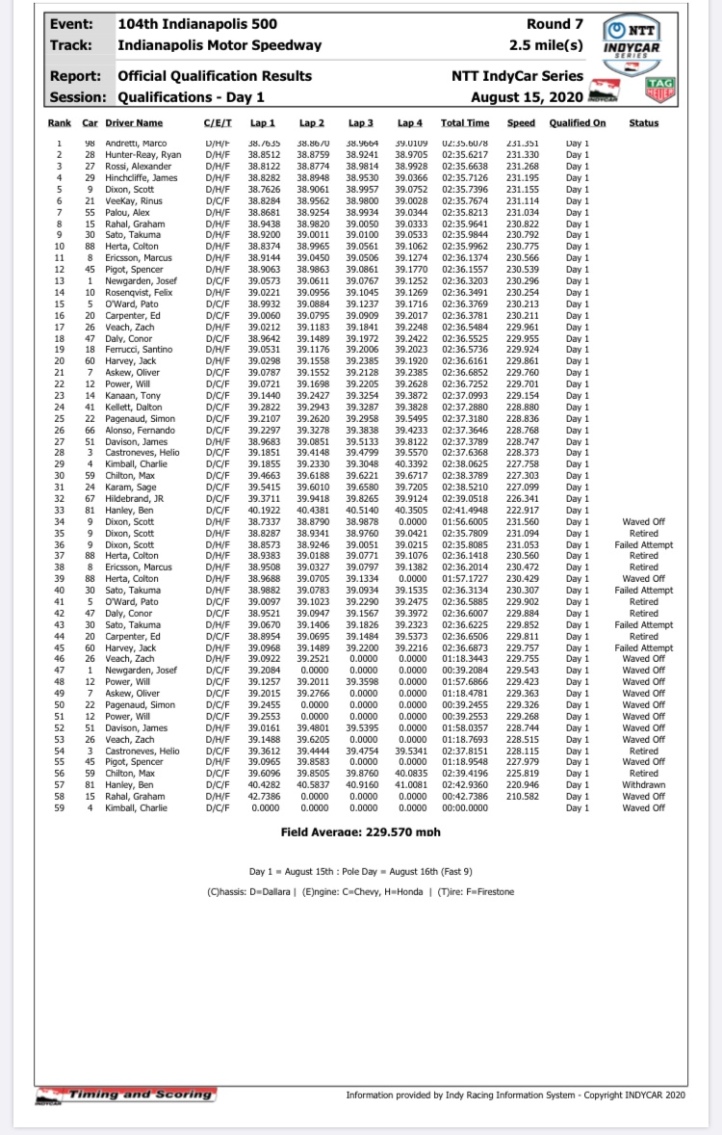